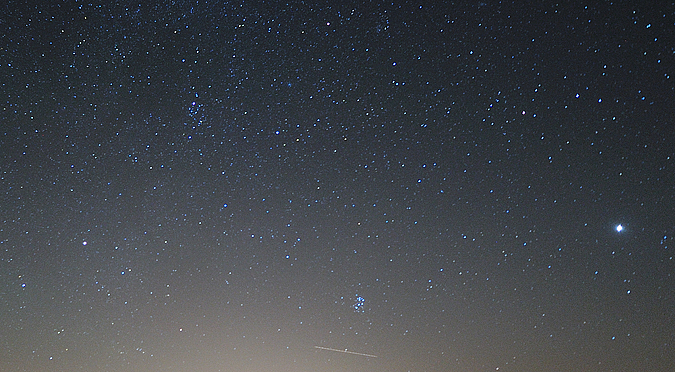 On the picture there is seen a part of the Milky Way with the constellation of Perseus in the middle of the frame. A bright object on the right is the rising planet Jupiter. To the left from him, above the tower seen on the horizon there is seen the opened star cluster M45 Pleiades. On the upper right part of the picture there can be seen also the M31 galaxy, known as the Great Andromeda Nebula. The horizon is lighted up by situated in the distance of 15 kilometers Zielona Góra. On the bright glow the camera recorded the traces of moving satellites and planes.

By continuing to use the site, you agree to the use of cookies. more information